In a solo performance that was nominated for a 2004-2005 Outer Critics Circle Award, Gareth Armstrong lifted the veil from The Merchant of Venice. Putting the play both in the context of its own time and in the greater context of the history of the negative portrayal of the Jew both on stage and off, Armstrong delivered one of the most compelling performances of the season. Assuming the most unlikely role of Tubal, Shylocks’ best and only friend, SHYLOCK confronts and confounds the stereotypes of one of literatures most compelling characters and delivers a performance the Associated Press called: “nothing short of astounding.”

“. . . a taut exploration of Shylock’s legend and its legacy . . . Viewers disappointed by the current soggy, text butchered film adaptation of The Merchant of Venice are hereby urged to hie themselves to this stirring production, as is everyone else.”

“His ability to switch characters on the fly and perform multi-character scenes by himself is nothing short of astounding . . .

Gareth Armstrong’s virtuoso performance in his 80-minute Shylock—which he also wrote—is a marvelous exploration at the Perry Street Theater of the universally debated Jew . . . his actor’s instinctive understanding of the text has much of value to tell us. BACKSTAGE If you think you know Shylock from Shakespeare’s “The Merchant of Venice,” think again. This new solo show, written by and starring Gareth Armstrong, casts a comprehensive look at the controversial character in a behind-the-scenes style that is involving and insightful. 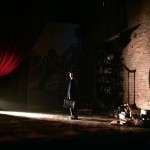 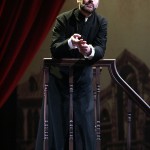 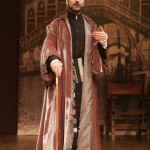 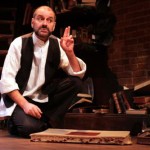 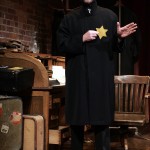